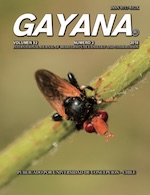 The global pollination crisis is not only produced by loss of pollinators but also by their homogenization, both processes caused by humans. This crisis impacts the persistence of many native plants species worldwide. In this document we analyze the ecological impacts that warrant the prohibition of new income of commercial bumblebee, Bombus terrestris to Chile. This species is highly invasive, it has been banned in other countries, but in Chile its entry is allowed since  1997. Thousands of colonies and fertilized queens entered the country every year and expand throughout the rest of South America. We give eleven reasons to stop B. terrestris entry to Chile and start controlling it. We justify these reasons based on work done both in the country and outside of it. At the same time, through the conclusions, we mentioned what should be the steps to followed regarding the prohibition B. terrestris entry to Chile.